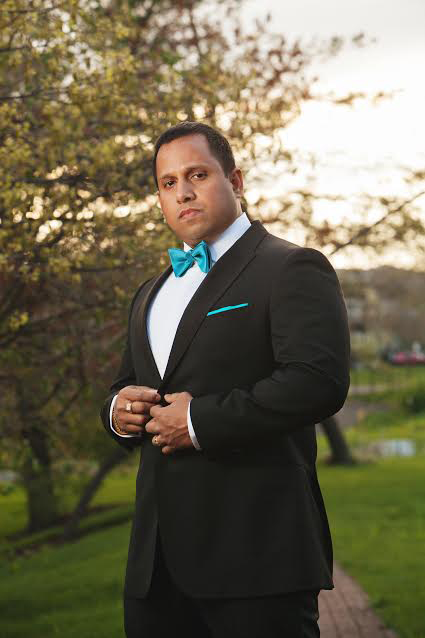 Raj Gandhi’s unmatchable experience and talent as an Emcee and Disc Jockey extends from 1994 and covers hundreds of events. He has preformed at many upscale international venues such as JW Marriott, Mumbai, India, Umaid Bhawan Palace, Jodhpur, India, and the Raffles Hotel in Singapore. Raj shares his experience, talent and passion with the entire staff of DJ RAJ Entertainment and Event Lighting, ensuring your special occasion will be a night to be remembered forever!

(Please book Raj Gandhi 6 months to 1 year prior to your event.)

As a Managing Partner, Amlan has successfully assisted in the growth of DJ Raj Entertainment & Event Lighting for the past 13 years. Starting with DJ Raj in 2005, Amlan has had the responsibility of undertaking events from The Fontainebleau Hotel in Miami to The Ritz Carlton in Santiago, Chile. Amlan has personally entertained crowds for celebrities including Kenneth Cole, Conan O’Brien, Aasif Mandvi, Akon, and Jewel as well as numerous executives and dignitaries. These events have been featured in People, Vanity Fair, and Grace Ormond Wedding Style Magazines along with numerous online media outlets. Amlan leverages his corporate experience to provide structure and organization in order to perfectly deliver on a client’s expectation. Amlan will take your event and turn it into an unforgettable experience!

(Please book Amlan Gangopadhyay 1 year prior to your event) 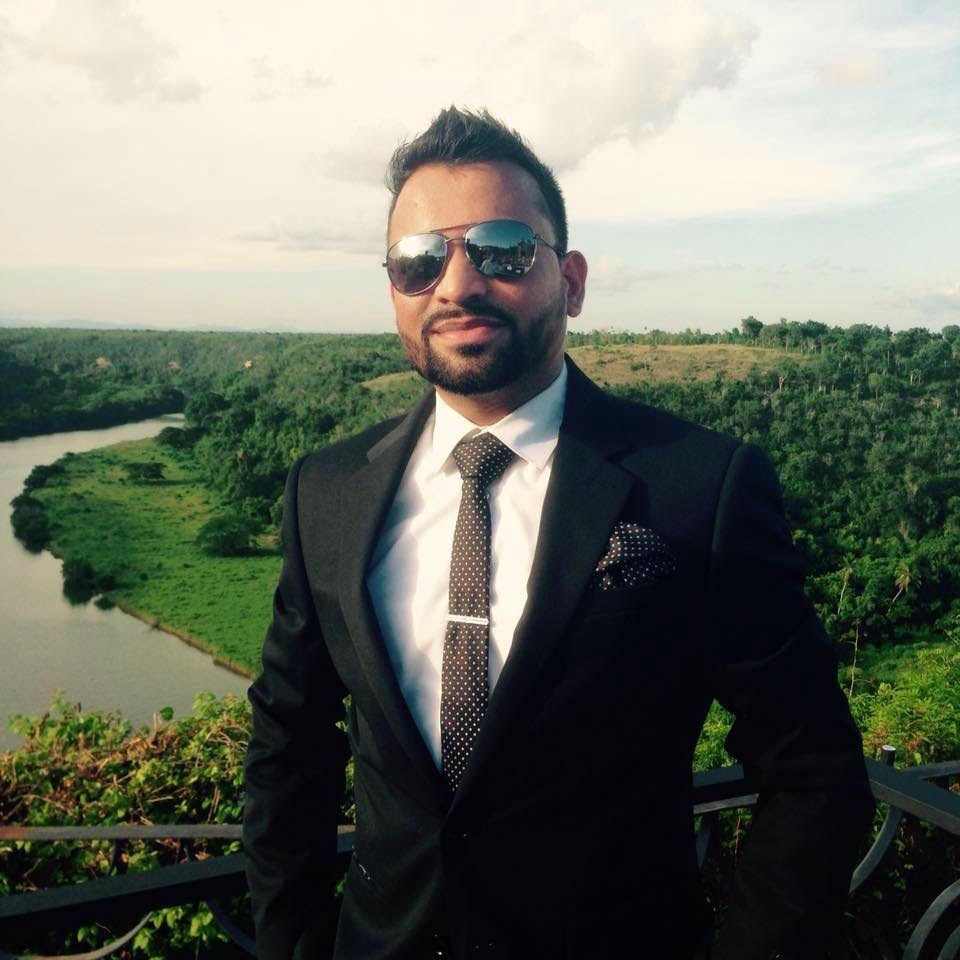 DJ Manan has been entertaining audiences for more than 15 years. From extravagant private and corporate affairs to sold out clubs, Manan has never failed to put down irresistible track after track. A maestro of precise beat-matching, Manan creates a fusion of genres including Hindi, Top 40, Punjabi, Hip-Hop, Reggae, Reggaeton, Gujarati, Pop, House, etc. Manan also co-founded the famous Bolly-Fusion event in NYC which ran for more than 10 years. The understanding of fundamentals of music helps Manan energize the crowd like no other DJ can. 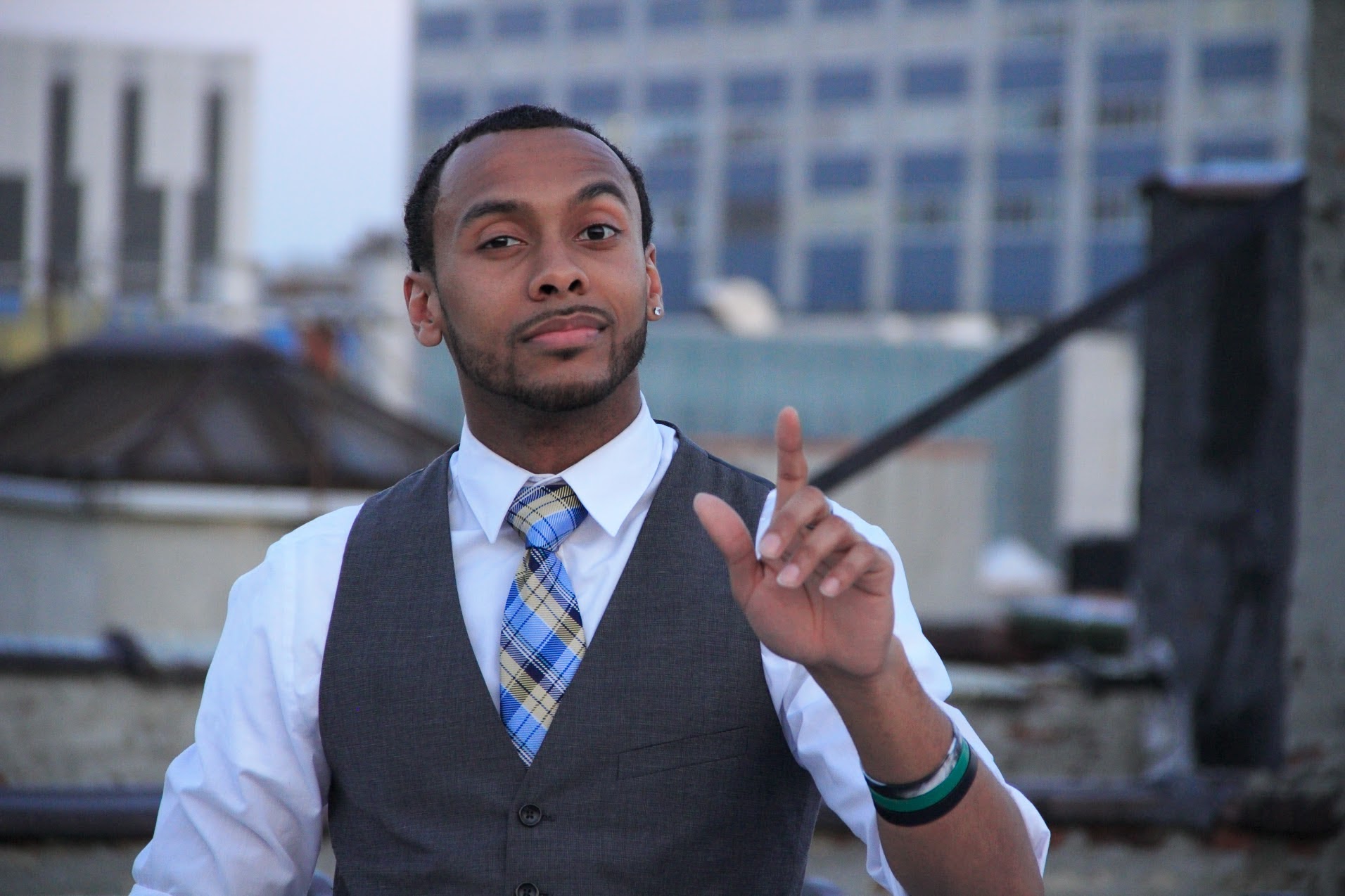 MC Vince, unique in style with Jamaican Chinese heritage, a Blasian to most, has been in entertainment since College. From conquering comedy stages to hosting a variety of events, Vince’s style of entertaining is vibrant and energetic. He has also been seen on Manhattan Neighborhood Network, TruTV, Wendy Williams, and What’s Eating Harlem. Also he is a character, Karl, on a new hit web series No Sleep til 40 which can be seen on YouTube. Vince’s hosting experience extends to Weddings, sweet sixteens, Fundraisers, Colleges and other Special Events. His high energy, well spoken style is always a hit when hosting / Emceeing private events!

Vince is also a part of the up and coming new comedy group
the New Comic All Stars, where he has performed at legendary venues such as Webster Hall,Trocadero Theatre in Philadelphia, and has been a part of the New York Comedy Festival. He can also been seen weekly performing and hosting throughout New York at Broadway Comedy Club, Dangerfields comedy and others.
(Please book MC Vince 6 months to 1 year prior to your event) 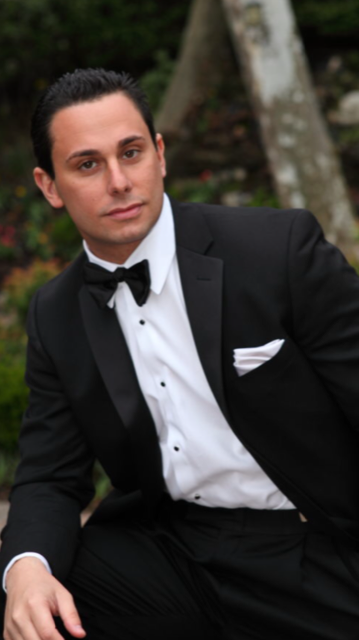 MC / DJ Mike has been in the wedding industry for over 10 years and specializes in making your day one to remember. Ever the consummate entertainer, his highly energetic style provides for remarkable dance floors, amazing baraats, and an overall unforgettable experience. From celebrity weddings to super sweet sixteens, there isn’t a crowd young or old that does not leave thinking that they attended the ultimate party. 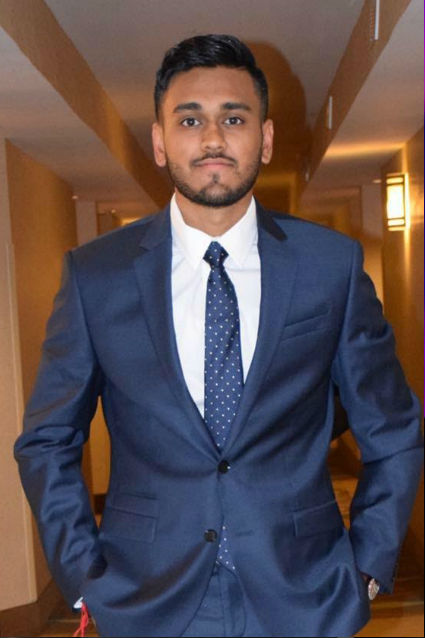 DJ Jaimin Patel offers extraordinary disc jockey services with great high energy interaction!! His passion for entertaining started out at very young age and created him into a sensation. His smooth transitions from song to song and his exceptional voice can entertain his guests all night long! Not only does he rock dance floor but he keeps audiences tuned in during cocktail hour and dinner with his wide range of music dating back to the 60’s. His resume of private parties includes top hotels and banquet facilities in the Tri-State region and across the United States.
Jaimin Patel ensures that guests in attendance at any party will walk with many memories.

(Please book Jaimin Patel 6 to 10 months prior to your event.) 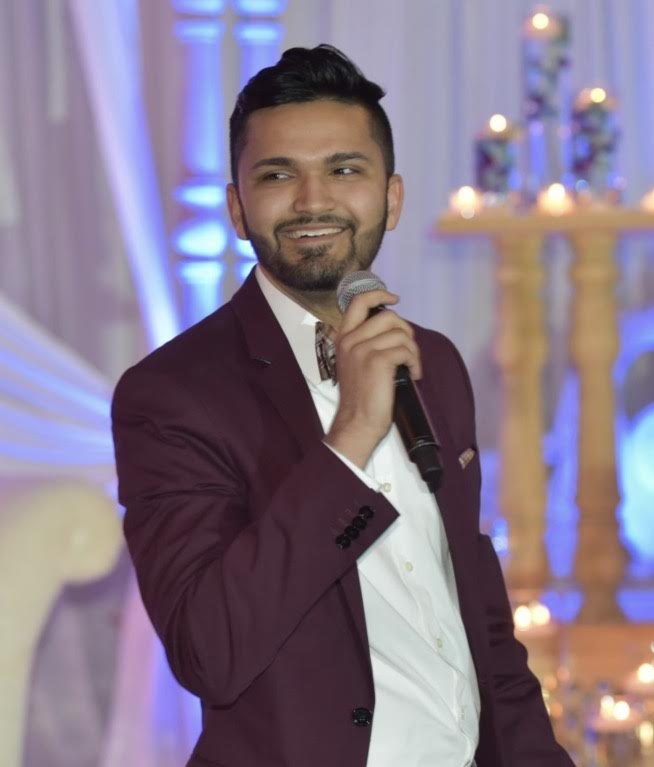 Adit Desai, this talented entertainer is providing unparalleled services at events near and far. He ensures a high energy environment and creates excitement at each event. He has an outgoing personality and ability to move a crowd well while giving each guest an experience they will undoubtedly remember. After being a host for many events in college & at work, Adit realized he wanted to be the one to bring the party to all the guests and decided to join DJ Raj Entertainment. He made it his priority to help everyone create unforgettable memories and to make sure your event is one for the books!

(Please book Adit 6 months prior to your event.) 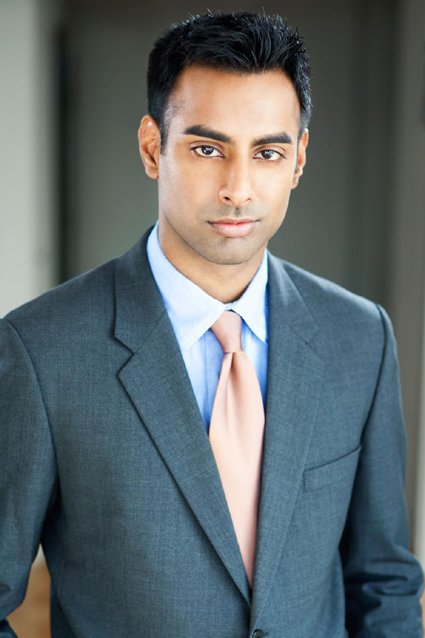 MC Vinny is a professional MC who works in the entertainment industry as an actor and comedian as well. He knows how to work a crowd and feeds off energy and if there is no energy he creates the energy. Vinny loves using his comic ability to relax the crowd and ensure your guests will remember your special event for a lifetime. Vinny has been on 30 Rock, The Following, Team Toon on Cartoon Network and tons of commercials. He recently can be seen working with Tina Fey on an American Express commercial. Vinny also offers skit writing services (your friends will perform the skit), comedic dance choreographing (your friends or Vinny will perform the dance) and wedding games (For the bride and groom and involving the crowd) that will start your party off with a blast!

(Please book MC Vinny 6 months to 1 year prior to your event.) 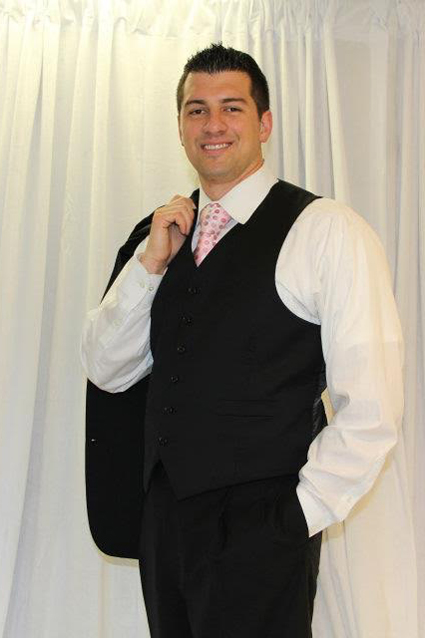 James “MC Capri”, DJing and MCing since he was 15 years old, Capri hosts high end and upscale weddings throughout the United States. Having hosted events and announced opening artists at club Matrix and “The Loft” in Poughkeepsie New York, MC Capri has certainly evolved as an interactive MC and also a unique DJ. Capri is multi-talented, coming into the scene as a DJ, he takes his talents from behind the booth and has become one of the most sought after MC’s in the industry. From getting down in the studio with the vinyl squad on Vassar Radio and Marist Radio to DJing at Tropicana in Atlantic City and Bar A in Belmar, New Jersey, Capri has what it takes to rock a crowd. All in all, Capri has been a successful mobile entertainer for over 10 years now and has the experience to prove it. If you want a high energy interactive MC, then Capri is the guy for you.

(Please book James Capri 6 months prior to your event.) 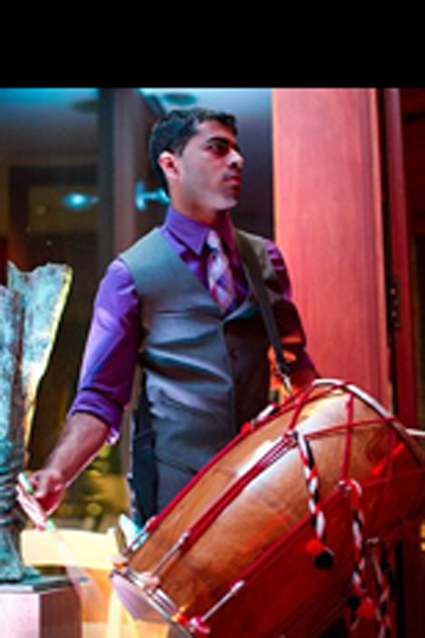 A talented musician that has made his mark in the South Asian community, Mohit is not only an amazing dhol drummer, but also a highly requested emcee. His versatility has taken him far – from being a long time composer for the RU Dhol Effect to wowing audiences all over the east coast with live band performances fusing western music with a splash of Bollywood flair. Not only a composer and performer, he also teaches dhol in both private and group class settings – so you know you’re in the hands of an expert drummer when Mohit comes to rock your event.

(Please book MC / Dholi Mohit 3 to 6 months prior to your event.)

Lighting and sound technician Nick Bilchuk has provided lighting and sound design for many of the country’s most luxurious hotels and banquet facilities. Working along side with the DJ RAJ Entertainment and Event Lighting team to give each event that unique elegant touch! He is a specialist in sound design, intelligent moving head fixtures; LED up lighting, pin spot center piece lighting and paper lanterns. Nick has several years of training on DMX controls and digital light control. As a member of the DJ RAJ Entertainment staff, Nick will ensure your event has spectacular lighting and breathtaking sound! 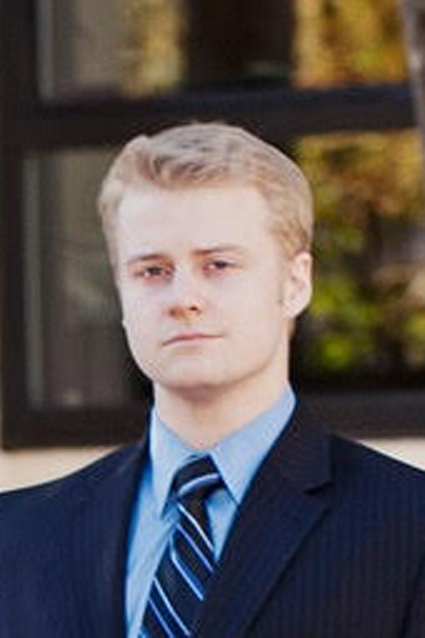 Since joining the DJ RAJ team back in 2009, James O’Donnell has been providing clients with the utmost in professional service. His knowledge of lighting production and lounge setups has made him an integral part of the team. James has managed loft production for many events through out the United States including Electric Zoo Music Festival, Fashion Night Out NYC, Made in America Festival, and many more. James is trained in AutoCAD Design as well as SketchUp and he will ensure that your event is personally designed to your specific requests.

(Please book James 3 months prior to your event)